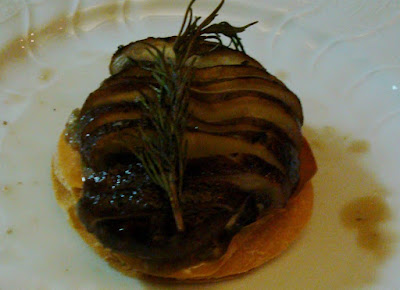 This recipe is from the Book "A Return To Cooking" author Eric Ripert.

This is a very elegant way to serve a Portobello, sliced and serve in a crunchy phyllo shell, with a spread of eggplant (eggplant and mushrooms is always a good combination). All the components can be prepared ahead of time and rewarmed, but you must ensemble the dish at the last minute, or the phyllo will become soggy.

5 eggplants, peeled and cut into ½ inch dice (about 3 cups)

Roast the mushrooms until they have released their liquids, about 15 minutes. Set aside to cool briefly. Leave the oven on. 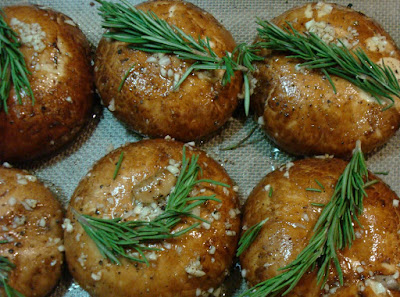 Melt the butter in a small pan. Place one phyllo sheet on your cutting board and brush with the melted butter. Top with another phyllo sheet and brush with butter. Continue in this manner until are the sheet are used. Using a 3 ½ inch ring mold or cookie cutter, cut out six circles of dough. Placed the circles on a parchment -lined baking sheet.

Bake the phyllo until golden brown and flaky, about 15 minutes. Remove from the oven and let cool. Reduce the temperature oven to 350 F.

Meanwhile, when the mushrooms are cool enough to handle, discard the rosemary and garlic. Press on the mushrooms to release their liquid, and then strain the juices that have collected on the baking sheet. Pour the mushroom jus into a small saucepan and set aside. Slice the mushrooms on the bias into ¼ inch thick slices, but do not separate the slices. Set aside on a baking sheet.

Peel and chop the remaining garlic cloves. In a large sauté pan, heat the remaining ¼ cup olive oil over high heat. Add the eggplant and toss to coat. Add the garlic and red onion and season with salt and pepper. Cut until the vegetables are tender, 3 to 5 minutes. Remove from the heat.

Just before serving, place the oven to warm. Warn the mushroom jus. Gently reheat the eggplant mixture if necessary.

To serve, place a phyllo round in the center of each plate. Top with the eggplant mixture. Remove the mushrooms from the oven and invert one onto each portion of phyllo. Drizzle the mushroom jus around the plats. Serve immediately. 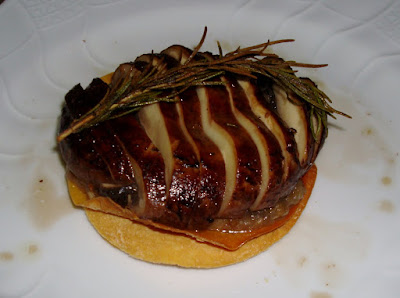 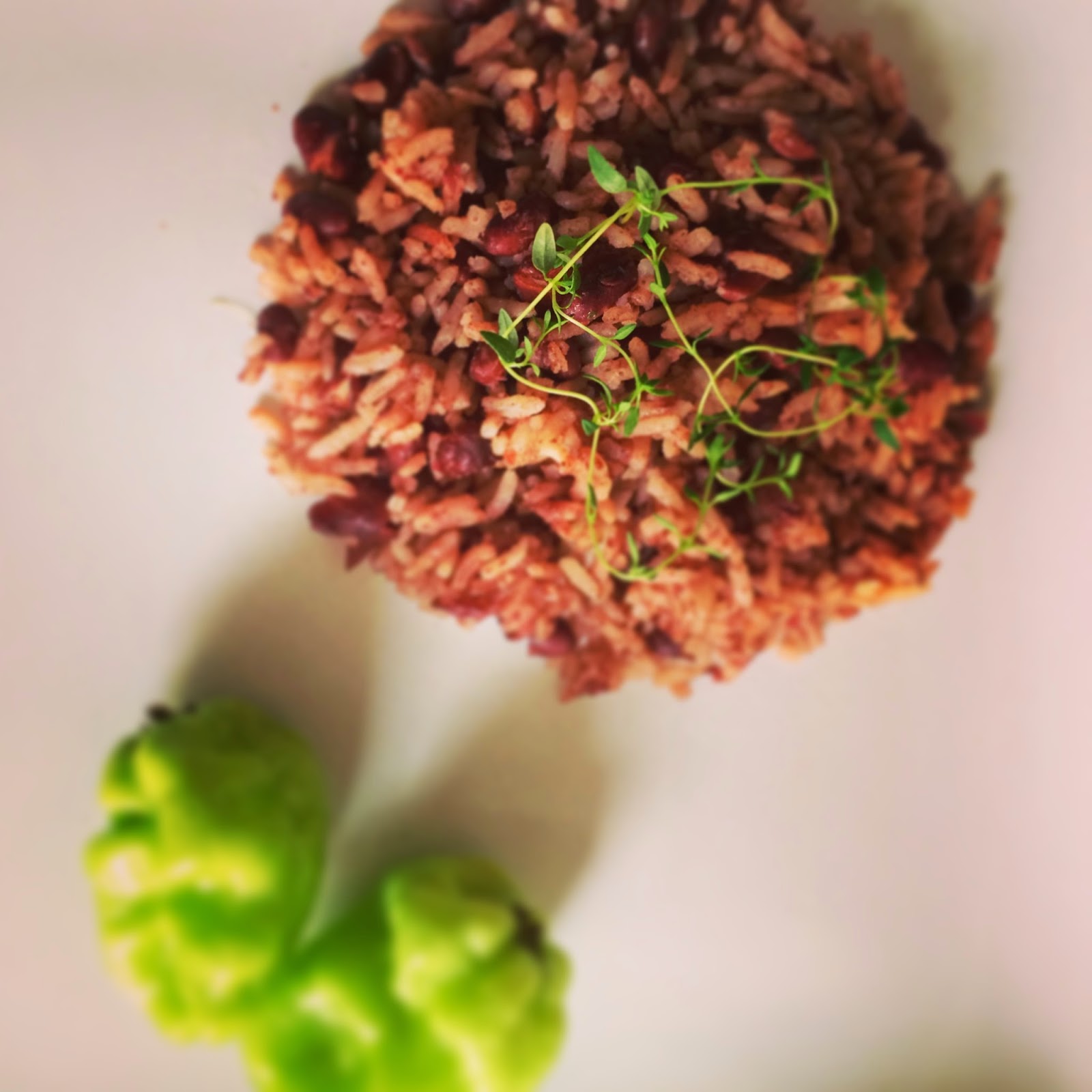